This is probably one of the most talked about dilemmas and one of the most debated on. No, it is not whether to use your fingers or a pick on bass. It is “which type of bass should you buy?”

For pro players and longtime players, there is no question given that these 2 types of bass guitars have distinct tonal properties, most bassists will tell you to own both. But what if you are just starting out and shelling out for 2 basses is not an option?

This short guide should give you some insight on which type of bass guitar will be more suited for you. 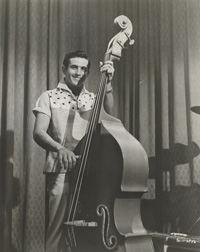 The Birth of the Electric Bass

Before the electric bass was introduced, Acoustic Bassists were facing a problem. R&B and Rockabilly bands with their amplified guitars were becoming increasingly louder, and acoustic bassists were getting drowned out of the mix. Stand up bassists using a stand-up or double bass struggling to be heard were facing a predicament.

In comes Leo Fender. By 1951, Fender introduced his game-changing design for the Precision Bass into the market. It addressed the growing problem that a lot of bassists were facing. By 1960, the Jazz Bass design and concept was introduced as a deluxe version of the electric bass just like the Jazzmaster for electric guitars.

What follows is a new age for bass guitarists. Although there have been many changes over the years for both models, the new P Basses and J Basses that you see in the market today still carries the tradition of the classic originals.

Before Leo Fender introduced the Precision Bass, bassists had to use a double bass which are bulky and did not have any frets. The introduction of the P-Bass or Precision Bass ushered in a new era. The P-Bass was the first to feature a bass guitar with frets delivering precision and accuracy to bass playing. The Precision bass first started with a single coil pickup and was then modified to a split coil pickup. These were modeled off of the famous Stratocaster style guitars which explains the similarities to its guitar counterpart.

The Precision Bass has a deep, warm tone with a strong mid-range presence. It offers players a strong “In Your Face” tone plus simplicity and directness. Most Precision Basses only have a volume and tone knob; however, the tone knob alone has an enormous effect on the sound of the bass.

The Precision Bass may not be as pretty sounding as a Jazz Bass on its own, but, in a band setting, it really shines through. It can fill in a lot of sonic space and does not clash with the guitar and drum tones. It is no wonder that a lot of record producers over all these years prefer to use a Precision Bass.

The Precision Bass guitar has a wider neck width than the Jazz Bass at the nut. The precision is approximately 40-42 mm width at the nut. Although the neck and string spacing may take some time to get used to, the extra wood at the neck contributes to the punchy and deep tone of the Precision.

There are a lot of bass players who prefer playing a P-Bass. The Motown legend James Jamerson uses a ’62 PBass that he calls “the funk machine”. Donald “Duck” Dunn, Carol Kaye, Pino Palladino, Steve Harris, Willie Weeks, Sting, Paul Simonon and George Porter Jr. are just some of the notable P-Bass users.

Introduced in the 1960s, the J-Bass, or Jazz Bass was conceived as a deluxe model that would be easier to play and brighter sounding than its earlier predecessor. The name was borrowed from the then recently released Jazzmaster guitar, which had a similar body type. The J Bass featured 2 single coil pickups which gives you a myriad of possible tones at the tip of your fingers. Even small adjustments with either knob can give you vastly different sounds. The Jazz Bass became more prominent during the 1970s when the bass sound took a more up front role.

The Jazz Bass would be the more versatile of the 2 basses. It can give you a sweet focused tone which can be customized depending on the type of music you are playing. It usually has a tone knob and 2 volume knobs for each pickup. The Jazz Bass can be used with any type of music from hard rock, mellow folk, laid-back reggae or funky R&B. Another upside, as per a lot of bassists, is that the Jazz Bass has the best slap tone of all time.

The Jazz Bass has a narrower width at the nut sitting at approximately 38mm. The narrower string spacing contributes to faster string skipping and speed.

There are countless notable bassists who use a Jazz Bass. John Paul Jones, Larry Graham, Geddy Lee, Aston Barrett, Marcus Miller and of course, Jaco Pastorius, are just to name a few.

Do not let the name fool you as the Jazz Bass is a versatile instrument with a great tone, playability and versatility.

We stock our own Basses modeled on these classic designs. You can see them here:

Check out the videos below: